The South Island of New Zealand is the largest island of the two main islands of the country, however has only about one-third of the population. View South Island scenic video.

The South Island is the largest of the two main islands of New Zealand, and as its name indicates, is the southern-most of the two islands. It has an area of 151,215 square kilometres (58,093 square miles), making it the 12th largest island in the world.

The west coast is lined by the Southern Alps mountain ranges with Aoraki/Mount Cook being the highest point at 3,724 metres (12,218 feet) above sea level.

The island was named 'Te Waka a Maui' by the Māori as according to legend, the South Island is 'Maui's Canoe' that he used to fish the North Island out of the sea from. It is also known by the Māori as 'Te Wai Pounamu' meaning 'The Waters of Greenstone'.

The largest city in the South Island is Christchurch, known as the 'Garden City' because of its many stunningly beautiful gardens, and its tree-lined streets. Queenstown is also found in the South Island of New Zealand, world famous as a premier four-season retreat.

As of the 2006 census, the South Island held a resident population of approximately 967,900.

Kaikoura, situated about halfway between Christchurch and Picton on the east coast of the South Island, offers a unique combination of ocean and mountains. The stunning coastal alpine scenery includes a host of eco-tourism activities including whale watching, dolphin swimming and seal snorkelling. Walk the Kaikoura Peninsula Walkway and discover seal and bird colonies along the coast.

With a population of only 31,000 people, the West Coast retains the feeling of a pioneer frontier. It's a wild place known for mountain peaks, massive glaciers, bizarre limestone landscapes, mysterious lakes and raging rivers, lush rainforest, magnificent, wild coastline and geological treasures. Legends and stories from the past cling to every feature of the landscape.

Wanaka is located on the southern shores of Lake Wanaka, in west Otago. Embraced by the Southern Alps, Wanaka is Otago's second resort town after Queenstown. The crystal-clear waters of Lake Wanaka, New Zealand's fourth largest lake, reflect the snow-capped peaks of Mount Aspiring National Park. Here you can absorb the unstoppable beauty of pristine wilderness, and know that it will be easy to find a great restaurant for dinner.

Fiordland is one of the most dramatic and beautiful parts of New Zealand, Fiordland has achieved World Heritage status and is often called the Sightseeing and Walking Capital of the world. The Fiordland National Park covers 1.2 million hectares and showcases dramatic wilderness on a grand scale. Waterfalls tumble hundreds of metres into pristine, forested valleys, sheer-sided fiords slide gracefully into the sea, rare native birds and sea creatures go about their lives in a near-perfect world.

Main Regions in the South Island 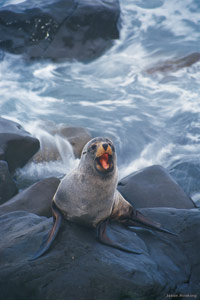 South Island is a popular tourist destination and offers a wide range of accommodation options:

To help plan your South Island holiday choose from the main categories below:

Choose from our accommodation, attractions, tours, transport or visitor information categories below to find a tourism operator on South Island.