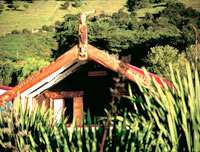 Signed in 1840, the Treaty of Waitangi is an agreement between the British Crown and Māori. It established British law in New Zealand, while at the same time guaranteeing Māori authority over their land and culture.

The Treaty of Waitangi is considered New Zealand's founding document.

After Captain Cook's exploration of New Zealand in the late 18th century, an increasing number of settlers came to New Zealand. By 1839, there were an estimated 2,000 Pakeha (Europeans) living in New Zealand. In 1833, after increasing lawlessness amongst traders and settlers, the British government appointed James Busby as British Resident to protect British trading interests and counter the growing lawlessness.

In 1835, the French were looking to trade and settle in New Zealand and had started to buy land. In response to this, the British Crown signed a Declaration of Independence with 34 northern Māori Chiefs. This declared New Zealand an independent state under British rule. It also stated that 'no claim could be made on New Zealand without Māori agreement'.

Despite Busby's presence, lawlessness, and the number of dubious land sales to Pakeha, increased. The British Government decided there was a need for some effective rule in New Zealand. In 1840, they sent Captain William Hobson there as Lieutenant-Governor. His mission was to acquire the Sovereignty of New Zealand, by way of a treaty with the native Māori Chiefs.

A treaty was drawn up and translated. After a day of debate, the Treaty of Waitangi was signed on February 6, 1840, at Waitangi in the Bay of Islands. Forty-three Northland Chiefs signed the treaty on that day. Over 500 Māori Chiefs signed it as it was taken around the country during the next eight months.

The grounds and building where the treaty was signed have been preserved. Today, the Waitangi Historic Reserve is a popular tourist attraction. There is a large Māori meeting house, the colonial mission house, a historic flagstaff, as well as a very long waka taua (Māori war canoe). 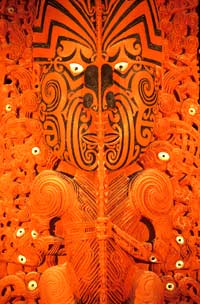 While most treaties and contracts signed by Britain and her colonies during these times have been forgotten, the Treaty of Waitangi remains central to New Zealand law and society. It is considered by many to be the country's founding document. However, ever since its signing, the Treaty of Waitangi has presented many problems of interpretation.

The English and Māori versions of the treaty both contain three articles. However, as the Treaty was written and translated by people with little or no legal experience, the Māori translation differs widely in interpretation from the English version.

The first article covers sovereignty. The English version states that Māori give up their 'kawanatanga' (governorship or sovereignty) to the British Crown. However, while the English version describes a complete transference of power to the Crown, the Māori version implies a sharing of power.

The second article concerns 'tino rangatiratanga' or chieftainship. The Māori version promises much broader rights for Māori in regard to possession of their existing 'taonga' (treasures). The English version gives Māori control over their lands, forests, fisheries, and other properties. But the Māori version, with its use of the word 'taonga', implies possession and protection of things such as language and culture.

The third Article promises Māori the rights of all British subjects, while protecting traditional and customary rights.

Although it is referred to as New Zealand's 'founding document', many of the rights guaranteed to Māori in the document have been ignored. Despite the protection offered in the Treaty of Waitangi, Māori lost considerable amounts of land through the 19th and 20th centuries. The manner in which the land was lost was often questionable, and led to considerable protest from Māori.

In the last ten years, some particularly large settlements have been made between the Government and major iwi, including Tainui of the Waikato, and Ngai Tahu of the South Island. Much of the compensation has been invested in order to provide educational and health services for members of the iwi.

Which translation of the Treaty of Waitangi is the right one? Both. Because both versions are signed, the Waitangi Tribunal is instructed to have regard to both texts when making decisions.