Honour the sacrifices, learn the campaigns, be inspired by the stories of courage, loyalty and comradeship...

Make a visit to New Zealand's most comprehensive army museum, the National Army Museum in Waiouru, for access to a unique collection of military exhibits, memorabilia and public research material. The Waiouru museum is a place where families can seek out and relate to their military connections.

Our Waiouru army museum has a number of temporary and permanent military exhibits, showcasing unique collections of New Zealand military equipment, photos and memorabilia. Some of our permanent exhibits include:

Memorial Area: Tears On Greenstone – This overwhelming memorial wall stands sentry to the Museum proper and commemorates all New Zealanders lost in conflict. A veil of water descends from its towering height. Symbolising tears of mourning and renewed life, as it flows down the greenstone face, voices through speakers echo continuously reading in alphabetical order, the names of the fallen.

The New Zealand Wars – See how the Maori adopted European systems of fighting, such as building bunkers, which allowed them to fight on more equal terms. The northern wars were fought over sovereignty and consisted of four main battles including Hone Heke's chopping down the flagpole at Kororareka (now known as Russell).

Further wars were fought in the 1850s and 1860s over land issues in the Waiarapa, Taranaki and the Waikato. The Maori fought on the side of the British Crown. Those Maori hostile to the Crown won some of the battles but the Imperial and locally raised troops kept on advancing and eventually won the war by occupying the land, and exhausting the enemy into surrender.

Anglo-Boer War – New Zealand's first overseas war was the Second South African War, sometimes also called the Boer War. British officials created the war to gain control of the gold and diamonds deposits in the Transvaal. NZ decided to help fight for the Empire and sent 6,500 mounted troops to assist the British efforts.

New Zealand Medical Services – The story of the New Zealand Medical Services and the part the likes of surgeons, ambulance drivers, orderlies and of course, the nurses, played in past campaigns is often overlooked. With this in mind, the museum will soon open a display that tells the history of such unsung heroes and heroines and the fact that it was due to their unflinching commitment to the task that kept morale high amongst the troops, in spite of often heavy casualties. 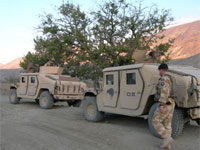 Peacekeeping – Since the Second World War, New Zealand's Armed Forces, along with the New Zealand Police have contributed to over forty separate operations around the globe, in countries like Cambodia, Bosnia, Afghanistan and Somalia.

New Zealand servicemen and women have a well founded reputation for excellence, and a natural ability to treat all races as equals. Their contribution has been as varied as the nations the Army has served in, from infantry, artillery, armour, communications, mechanical and electrical engineering, to catering, transport, medical, de-mining and education.

Orders, Decorations and Medals – The medal repository houses both medals donated/gifted to the National Army Museum and examples of many orders, decorations and medals that could be awarded to New Zealanders or those people with a close association with New Zealand.

Donated medals are rotated onto display, changing weekly and can be viewed by the family at any time, preferably with advance notice. There is no entry fee if the family wish to only view donated medals at the army museum.

The Waiouru Army Museum also has temporary exhibitions, which have included the special forces, the history of the Royal New Zealand Artillery and designs from the World of WearableArts (WOW).

Location of our Waiouru Museum

Our army museum in Waiouru is situated on State Highway 1 Waiouru, about half way between Auckland and Wellington.

Whether travelling north or south, a more scenic and highly recommended alternative route north can also be taken through Ohakune and National Park around Mt Ruapehu and this connects back up to State Highway 1.

If you're looking for Ruapehu activities or places to visit in New Zealand, the National Army Museum in Waiouru is an excellent day out. 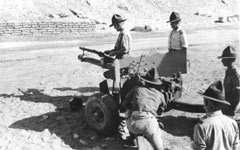 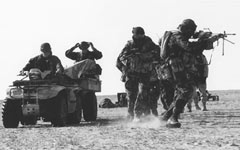 The Ruapehu district is located in the central North Island, midway between Auckland and Wellington. The Desert Road section of Highway 1 is the eastern boundary and scenic Highway 4 provides access to the centre of the region.

Ruapehu's main settlements are the ski towns of National Park and Ohakune, the army town of Waiouru and the rural service centre of Taumarunui, which is nestled on the banks of the scenic Whanganui and Ongarue rivers.

Come in summer and appreciate the beauty of the region's rivers, particularly the Whanganui, Ongarue and Whakapapa. Whether you find yourself on the end of a fly fishing rod or attached to a paddle, the riverbank views are many and varied. The experience is sure to be peaceful and relaxing.

In winter the Ruapehu region is all about snow, and the fun you can have with it. The mountains wear a heavy cloak of white, which means that Turoa and Whakapapa ski fields are buzzing with activity.