Select a New Zealand region or destination below to search for accommodation, attractions and activities, tours, transport or visitor information for that New Zealand location. Make sure you check out each region as the contrasts are quite significant. more

New Zealand is an island nation in the southwestern Pacific Ocean and is one of the top holiday destinations in the world. New Zealand boasts a clean green natural image, stunning scenery, LOTR film setting, adventure, culture and value for money. Lonely Planet rates New Zealand very highly as a great value destination for tourists.

The country is broken up into 3 main islands. The North Island while similar in size to the South Island, contains approximately 70% of the population with about 25% of all of New Zealands poluation living in the Auckland region alone. Stewart Island is the third island but is very small compared to the other two islands and sits at the bottom of the South Island.

Each island has a similar number of regions (about 14 each) but they vary considerably in terms of their landscape. weather patterns and population. The contrast is most easily experienced once you travel from the North Island and make an excursion to the West Coast of the South Island.

Comparable in size and/or shape to Great Britain, Colorado or Japan, New Zealand has a population of just over 4 million making it one of the least crowded countries in the world. New Zealand is a haven for those seeking peace, rejuvenation and relaxation as well as a playground for thrill seekers and adventurers.

New Zealanders have a unique and dynamic culture, with European, Maori, Pacific and Asian influences. The indigenous Maori language name for New Zealand is Aotearoa, commonly translated as "The Land of the Long White Cloud".

Take a moment to send a New Zealand related E-Postcard to your friends. 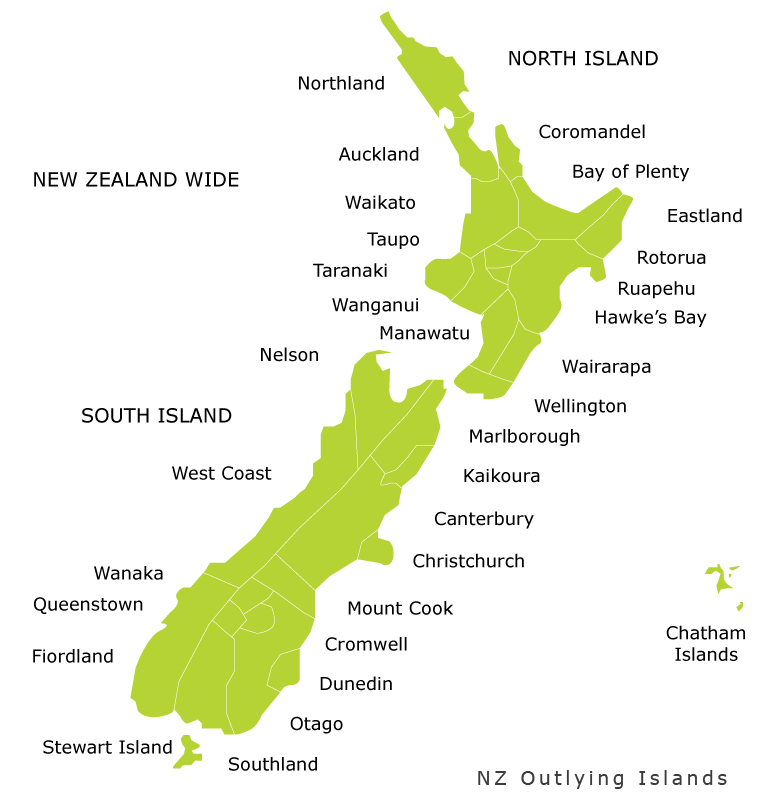