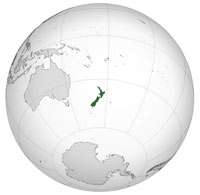 New Zealand (or Aotearoa – land of the long white cloud), truly is one of the most picturesque and photogenic places on earth. A small island nation of just over 4.5 million people, New Zealand is made up of two major land masses (North Island and South Island) and a number of smaller islands including Stewart Island located in the southwestern Pacific Ocean. The two main islands are divided by a 22km stretch of water called the Cook Strait.

New Zealand is located approximately 1,500km east of Australia and about 1,000km from the Pacific Islands. Due to its relative remoteness and being water locked, New Zealand was one of the last countries to be found and settled.

The country is made up of some of the worlds most spectacular landscapes, from vast mountain ranges, steaming volcanoes to sweeping coastlines. It is a natural playground for thrill seekers and adventurers and those who simply want to visit for the culture and landscapes.

New Zealand is a constitutional monarchy under England and while the Queen is the head of state, New Zealand effectively governs itself through its parliamentary system with a Prime Minister. The public votes every three years which often sees a change in government. The two main political parties are the National Party and the Labour Party. New Zealand was the first country in the world to give women the vote in 1893.

The flag of New Zealand has been in its current form since 1902 and because of New Zealand's British ties, is the British Blue Ensign with four stars representing the Southern Cross. The Southern Cross are the four brightest stars in the sky over New Zealand. In recent years, a change of flag has been debated with the popular black flag with a silver fern being one of the more popular choices. This unofficial New Zealand flag is often seen when Kiwis are on the world stage in sporting events. 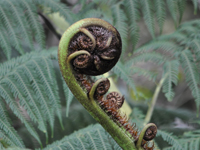 Early New Zealand history suggests the islands were first settled by eastern Polynesians between 1250-1300. Over the years since, these settlers developed their own distinct culture called 'Māori'.

The first European thought to have landed on New Zealand shores was a Dutch explorer called Abel Tasman in 1642. It was a hostile encounter between his crew and local Māori. The Europeans didn't come back until 1769 when British explorer James Cook mapped the entire New Zealand coastline. During the early 19th century, conflict between Māori and the British was quite frequent.

In 1840, the Treaty of Waitangi was signed making New Zealand a colony. This resulted in many more immigrants making New Zealand their home but also contributed to more conflict resulting in the New Zealand Wars. These wars lasted from 1845 to 1872 and were primarily around land ownership and the settlers who occupied the disputed land. Today historical disputes continue however are fought in the courtroom and by negotiation. 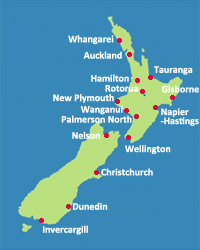 New Zealander's are affectionately known as "Kiwis". The name derives from the kiwi, a flightless bird native to New Zealand. It is also the national symbol. Kiwis are characterised as rugged, industrious problem solvers and people who innovate. Kiwis are great travellers themselves with many exploring and making an impact on the world (sport, business, politics, etc). Younger New Zealander's often travel to England for working holidays before settling back in New Zealand and any New Zealander can travel and work in Australia indefinitely.

English is the predominant language in New Zealand. After WWII, Māori were discouraged from speaking their own language in schools and workplaces so it really only existed as a community language. Nowadays it has undergone a revitalisation and is declared one of New Zealand's official languages with immersion in schools and tertiary sectors. Many places throughout the country have dual English and Māori names.

Tourism also contributes significantly and attracts travelers from every country with Australian's being the travellers who visit the most. View videos of popular New Zealand destinations. 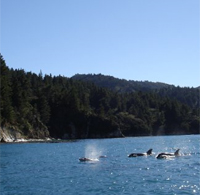 The climate varies between the North and South Islands and is quite complex.

The general climate is mild and temperate however areas in the far north experience warm subtropical temperatures while the far south is much cooler. Alpine conditions ensue in mountainous areas.

In the South Island, a North West wind – known as a Nor'Wester – can see heavy rainfall on the West Coast and a hot dry wind in Canterbury on the East Coast less than four hours drive away.

Visitors are advised to come prepared for all types of weather, as the temperature can change quite rapidly during the day. 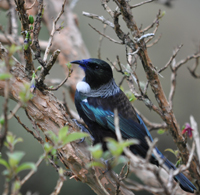 You will find a very unique range of flora and fauna in New Zealand. The native animal, bird and plant species are among some of the most beautiful in the world.

There are many national parks, native forests, walking tracks and maritime reserves to be enjoyed. In addition to these, there are a number of glaciers, lakes, mountains, beaches and thermal reserves, also on offer for tourists and travellers alike.

For a small nation, New Zealand has dominated the playing field in many areas. The major sporting code is Rugby Union (more commonly known as Rugby). Other codes include netball, cricket, soccer and rugby league.

Not only is New Zealand up there with their sporting prowess, but Kiwis are also responsible for some of the most famous inventions of all time. Adventure sport pioneer AJ Hackett introduced the Bungy Jump to the world in 1986 and Sir William Hamilton pioneered the Hamilton jet in 1954. The waterjet is the most advanced and innovative marine propulsion system in use today. Other credits include the referee's whistle, the eggbeater, electric fence, disposable syringe and the national dessert – the Pavlova, a fluffy meringue of goodness.

Other famous New Zealander's include Lord Rutherford who managed to split the atom. Sir Peter Jackson is a New Zealander most famous for his direction of The Lord of the Rings trilogy. Burt Munro broke several world land speed records in the 1960's, one of which still stands today. These iconic New Zealanders are just a handful among many more putting this beautiful country on the map every day. 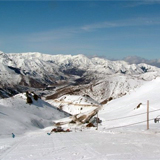 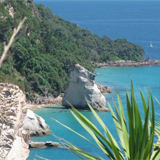 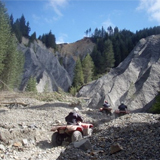