A Snapshot of New Zealand

New Zealand is comparable in size to the United Kingdom or the Philippines. Nowhere is more than 130km from the ocean. 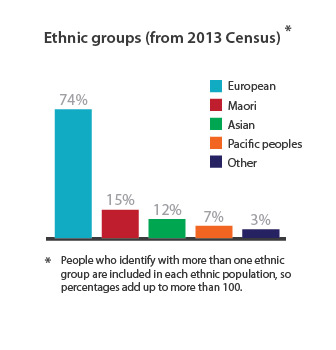 The climate of New Zealand is generally temperate, although weather in the far north is often subtropical during the warmer months (December to March) and there can be severe frosts in the inland areas of the South Island in winter (June to August).

Ancestors of Māori arrived on canoes from the Pacific about 1300AD. They called the country Aotearoa (land of the long white cloud). They lived in tribal groups, had a rich culture of stories about the land, and strong traditions of warfare.

In 1840, 500 chiefs and representatives of Queen Victoria signed the Treaty of Waitangi to protect Māori lands and rights. Promises were not always upheld and in recent years the government has reached settlements with many tribes. Today there are over half a million Māori, mostly in cities. Recently there has been a major revival of the Māori language, art, and culture.

The first European to discover New Zealand was Dutch explorer Abel Tasman, in 1642. The English navigator James Cook mapped the coasts of the country from 1769. When New Zealand became a British colony in 1840, large-scale settlement began, mainly from the United Kingdom. In the 1890s, New Zealand became the first country to give women the vote, among other liberal reforms. The country lost many men in two world wars. Today New Zealand has moved from being a British colony to an independent multicultural nation of the Pacific.

New Zealand has a market economy. For many years earnings were mainly from farm products, such as wool and dairy goods. Today these are combined with new developments such as tourism, film production, and winemaking. New Zealand depends heavily on international trade, especially with Australia, China, the United States, and Japan. Economic free-market reforms from the 1980s have removed many barriers to foreign investment.

Imports and Exports by Country 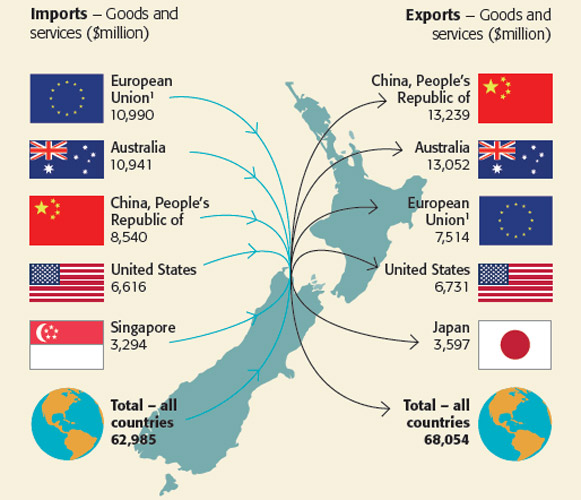 In 2012, 27 percent of all goods imported were primary products and 72 percent were manufactured goods. Petroleum and products continue to be New Zealand's highest-value import, accounting for 18 percent of goods imported.

New Zealand has a similar sized population to Ireland, Singapore, and Norway. More people live in the North Island than the South Island, and far more live in the cities than in the country. Auckland, the largest city, is home to many people from the Pacific and Asia who have settled in the past 50 years. A democratically elected government contributes to schools, universities, and hospitals, so New Zealanders are generally well educated, healthy, and have a good standard of living. Christianity is the most common religion. 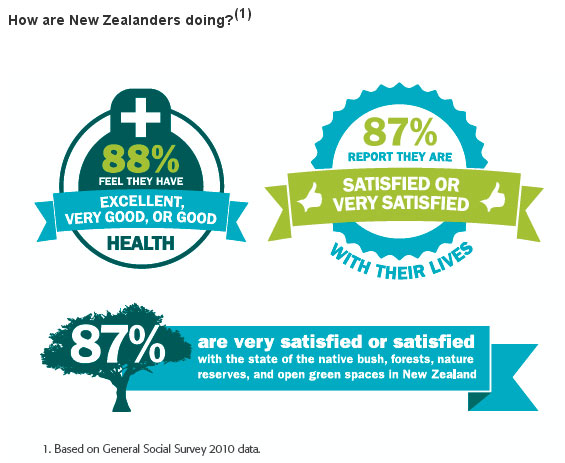 New Zealanders enjoy having fun. Gardening, reading, walking, and going to the beach are popular leisure activities. Sport – both playing and watching – is also very popular, and while the national rugby team are world champions, golf is the most commonly played game. There is a thriving film industry, and much creative art, music, literature, theatre, and fashion design is produced here. There are museums and galleries throughout New Zealand, along with many excellent cafés and restaurants. 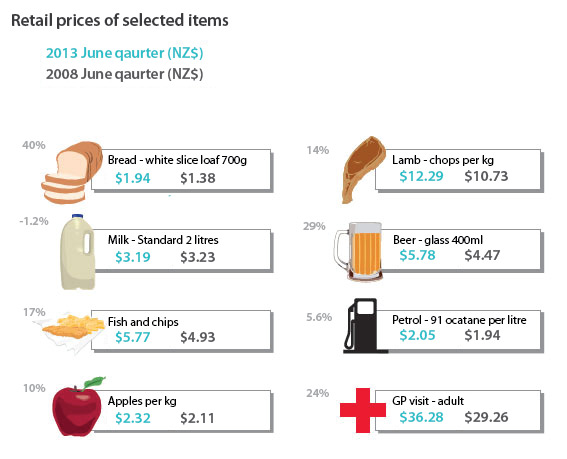 New Zealand lies around 1,600km from Australia's eastern coast (a 3 hour flight) and 9,000 to 12,000km from all Pacific Rim destinations (10 to 16 hour flight). Auckland Airport is the busiest of several international airports. Peak travel times are December to February. 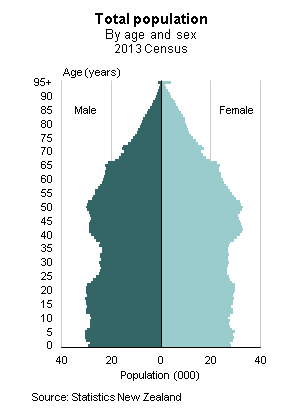 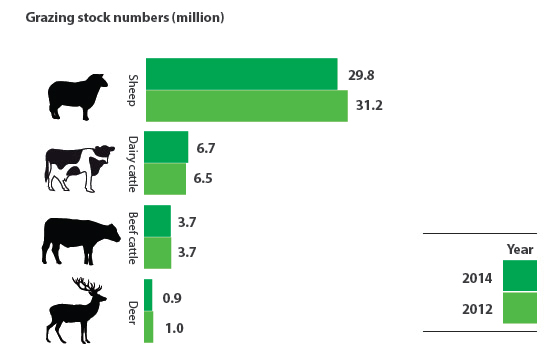