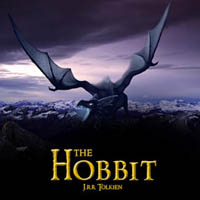 J.R.R. Tolkien's famous novel, The Hobbit, or There and Back Again (better known by its abbreviated title The Hobbit) is being made into a 3 part film trilogy by Wellywood/Peter Jackson (who also made the epic film fantasy trilogy The Lord of the Rings). Once again, New Zealand has become Middle Earth in this fantasy tale of the little hobbit, Bilbo Baggins who goes on a quest to win a share of the treasure guarded by the dragon, Smaug.

The three movies based on J.R.R. Tolkien's The Hobbit were filmed back to back in New Zealand and have now been given official names and release dates.

The first of the three films is called The Hobbit: An Unexpected Journey and arrived in theaters on December 14, 2012 and grossed over $1 billion in the box office. It was nominated for 3 Academy Awards, and 3 BAFTA Awards.

The sequel is called The Hobbit: The Desolation of Smaug and arrived in theaters on December 11, 2013 and grossed over $958 million in the box office.

The final sequel is called The Hobbit: The Battle of the Five Armies and is due to be released in cinemas in New Zealand on 11th December 2014.

In The Hobbit Tolkien first created his intricate fantasy world of warring wizards, dwarves, goblins, elves, dragons, trolls and gnomes. These wonderful creatures have been brought to life and onto the big screen by the talents of New Zealand director, Peter Jackson and the animators at the WETA Digital workshop based in Wellington. 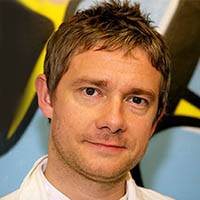 The English actor, Martin Freeman (probably best known for his comedic turns as Tim in The Office and Arthur Dent in The Hitchhikers Guide to the Galaxy) plays the title role of Bilbo Baggins and fans of The Lord of the Rings trilogy will once again see Ian McKellen, Andy Serkis, and Hugo Weaving in their roles of Gandalf, Gollum and Elrond.

The Hobbit movie, which started filming in February 2011, will be made into a three-part adaptation. It is set to be made in 3-D with pundits expecting it to be the most expensive feature film made with a budget of over $500 million.

The Hobbit Movie in New Zealand

With the huge popularity of Lord of the Rings film trilogy, the Hobbit movies were also filmed in locations throughout New Zealand. Many of these locations revisted those used in the LOTR, including Hobbiton in Matamata. Because of the huge puplic interest, Hobbiton was this time constructed in permanent material and left as a permanent attraction.

Many New Zealand tourism companies offer a diverse range of tours covering location sites and general sightseeing or adventure activities based around these epic movies. For Tolkien fans and those with just a mild interest, these tours vary in length and type, with many personalised options available. Check out the LOTR tours and Hobbit tours now.

Watch the Official Trailer for The Hobbit: An Unexpected Journey.

Watch the Official Trailer for The Hobbit: The Desolation of Smaug.

Watch the Official Teaser Trailer for The Hobbit: The Battle of the Five Armies.

Here are some interesting facts about the Hobbit movie making:

The legacy of the Lord of the Rings

Since 2004, an average 47,000 international visitors each year have visited a film location.

The Lord of the Rings Movies

The Lord of the Rings film trilogy were the first movies in the series to be created by Wellywood/Peter Jackson. The Academy Award Winning films were also filmed in New Zealand and were released in 2001, 2002 and 2003.

Find out more about the Lord of the Rings.

Find out more about film tours already available in New Zealand including: