Skip to main content
Home »Lord Of The Rings

Lord of the Rings - New Zealand

New Zealand is known as Middle Earth for its Lord of the Rings and The Hobbit trilogies. New Zealand born Peter Jackson filmed the entire six films in various locations around New Zealand.

This Academy Award winning trilogy of films (four Oscars for The Fellowship of the Ring, two Oscars for The Two Towers and 11 Oscars for The Return of the King - including Best Film and Best Director awards) showcased the skills of the cast and crew. One of the big winners however is New Zealand. It took two years to film the LOTR trilogy but millions of years to build the sets. Click here for more on the Oscars.

New Line Cinema, owned by the Time Warner Group, has financed the trilogy, said to have cost more than $640 million. It is the first time an entire feature film trilogy has been filmed all at once with the same director and cast, making it one of the longest and most massive productions in movie-making history. 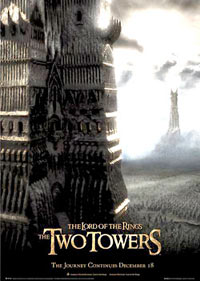 For Peter Jackson, choosing New Zealand to shoot his three Tolkien films was logical. It was not just because he lives there, and the capital city Wellington (Wellywood) is home to his hi-tech digital studios Weta Digital and his film company Three Foot Six. It was because Jackson knew what other international film-makers have been discovering in the last few years, that "New Zealand is the best country in the world to shoot this film, because of the variety of locations we have".

Jackson and his team scoured New Zealand for the most beautiful and diverse areas. The rolling hills of Matamata became Hobbiton, while the volcanic region of Mt Ruapehu transformed into the fiery Mt. Doom where Sauron forged The Ring, and Queenstown, New Zealand's adventure capital, was the setting for numerous scenes including the Eregion Hills, and the Pillars of Argonath.

Click here for more about Lord of the Rings film locations. 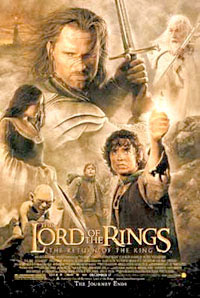 Jackson's special effects team turned New Zealand's already impressive landscape into a magical Middle Earth with the help of ground breaking digital computer wizardry, adding buildings and mountains where they have never been.

New Zealand's creative talent came from far and wide. Around 2,000 people were employed during production; artisans including prop builders, set creators, make up artists and costume designers worked like elves to create Middle Earth. Kiwis Richard Taylor and Tania Rodger and their Weta Workshop team made tens of thousands of props, including armour, weaponry, household items, and 1,600 pairs of prosthetic feet and ears. Many of their sculptors and other staff have stayed on to produce Lord of the Rings collectable models.

The Lord of the Rings was filmed over 274 days, using 350 purpose-built sets in more than 150 locations all over New Zealand (including 30 Department of Conservation sites). The use of conservation sites and National Parks meant Jackson had to employ a specialist lawyer to gain consent to film in protected areas.

Filming in National Parks meant plants were uprooted to make room for the set, temporarily housed in big custom-made nurseries, then replanted at the end of the shoot. In Queenstown, the site of heavy battle scenes in The Lord of the Rings, up to 1100 people were on set each day. To protect plants from foot traffic, a massive amount of red carpet was laid. Location people also had to make sure they didn't destroy cultural symbols.

Tours - Lord of the Rings Tours in New Zealand

The popularity of Lord of the Rings has seen New Zealand tourism companies offer a wide range of tours that cover location sites and general sightseeing or adventure activities. For Tolkien fans and those with just a mild interest, these tours vary in length with many personalised Lord of the Rings options available. Check out the LOTR tour options now.

The Department of Conservation also provides detailed information on Lord of the Rings' locations in New Zealand, including GPS co-ordinates, links to Google maps, access roads, scene references and information about the DOC parks and reserves where filming took place.

The Wizard of New Zealand

The Wizard of New Zealand is also the Archwizard of Canterbury, a "living work of art" at the National Gallery of Victoria and the Robert MacDougall Art Gallery, and "Cosmologer" at the University of Melbourne. Also the founder of the Imperial British Conservative Party.

Born in 1932 in London, England as Ian Brackenbury Channell, he was appointed Wizard of the University of New South Wales by the Vice Chancellor and Students' Union in 1969.

His maiden speech in Cathedral Square in Christchurch, New Zealand on September 17, 1974 was greeted with derision and eggs, later ones by objections from the City Council, but after many battles with bureaucracy he is now an institution and tourist attraction.

One of his pet peeves is filling out census forms, which he has tried to escape by such means as travelling off-shore in a small boat or by "magically disappearing" at the time of the census. He also claims that the traditional world views are incorrect, proposing the Upside-Down World, with Antartica and South at the top of the map, and the Inside-Out Universe, which inverts all dimensions and measurements.


The legacy of the Lord of the Rings

Since 2004, an average 47,000 international visitors each year have visited a film location.

Find out more about the Hobbit movies.