Discover the staggering beauty of New Zealand's tallest peaks. With the largest glaciers in New Zealand, Aoraki Mt Cook is an experience you will never forget.

Aoraki Mt Cook was known originally to the Māori as Aoraki. It was later renamed to Mt Cook by European settlers. In 1998 the mount was renamed to Aoraki/Mt Cook to incorporate its Māori heritage.

The mountain itself is a sky-scraping 3,754 metres tall. It has been climbed several times by different mountaineers, including the famous Sir Edmund Hillary.

According to Māori legend, Aoraki and his three brothers were the sons of Rakinui, the Sky Father. They were on a voyage around Papatuanuku, the Earth Mother, when their canoe was stranded after striking a reef in the ocean.

Aoraki and his brothers climbed onto the top their canoe. The cold south wind froze them, and turned them into stone. Their canoe became New Zealand's South Island, which was then called Te Waka o Aoraki.

Aoraki, the tallest of the brothers, became the highest peak. His brothers and crew became the other mountains of the Southern Alps. 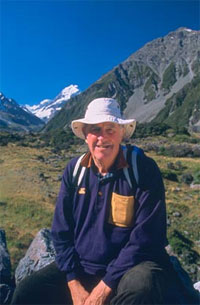 On 3rd December, 1910, Emmeline Freda Du Faur became the first woman to climb Mt Cook. Her attempt was also the fastest ascent to that date.

In 1949 New Zealand's most famous mountaineer, Sir Edmund Hillary, along with Harry Ayres, made the first ascent up the challenging south ridge on the south peak. They also completed the grand traverse. On May 29, 2003, a bronze statue of Sir Edmund Hillary was unveiled outside The Hermitage, Mt Cook, looking out to the mountains Hillary climbed.

In 1998 a settlement between Ngai Tahu and Crown saw the official renaming of the mountain from Mt Cook to Aoraki Mt Cook. This was to ensure the importance and the significance of the mountains Māori heritage was not lost.

Several other South Island locations were also appended with their Māori name at this time, however Mt Cook was the only place to have its English name preceded by its Māori name.

Under the settlement the Crown agreed to return title to Aoraki/Mt Cook to Kai Tahu, who would then formally gift it back to the nation.

Choose from our accommodation, attractions, tours, transport or visitor information categories below to find a tourism operator in Aoraki/Mt Cook.