New Zealand society is diverse, sophisticated, and multicultural, and the honesty, friendliness, and openness of Kiwis will impress you.

Comparable in size and/or shape to Great Britain, Colorado or Japan, New Zealand has a population of only four million—making it one of the world's least crowded countries. It is a haven for those seeking peace, rejuvenation and relaxation as well as a playground for thrill seekers and adventurers. A temperate climate with relatively small seasonal variation makes it an ideal year-round holiday destination.

New Zealanders have a unique and dynamic culture, with European, Māori, Pacific and Asian influences. It's a culture that celebrates the many different lifestyles we live, and the stories we have to tell.

The north of New Zealand is subtropical and the south temperate. The warmest months are December, January and February, and the coldest June, July and August.

The Bay of Islands is a natural harbour with an irregular 16 kilometre wide inlet, located in the Northland region in the far north of the North Island of New Zealand, 60 kilometres north-west of Whangarei. The Bay of Islands is a stunningly beautiful length of sand and rock coastline that circles a sea pierced by 150 islands. Wherever you are in the Bay of Islands, it's impossible to escape the lure of the sea. Catch a ferry or charter boat and immerse yourself in the blue-green world of island and beach. Or paddle a sea kayak in and out of island nooks and crannies.

The Rotorua district is located on the southern shore of Lake Rotorua in the Bay of Plenty region of the North Island of New Zealand. Rotorua is one of the original tourist destinations in New Zealand and has been welcoming visitors for more than 200 years. From the moment people arrive in Rotorua they know they're somewhere quite different. The scent of sulphur in the air is characteristic of Rotorua. At nearby geothermal hotspots, there are spouting geysers, boiling mud pools and warm geothermal springs. Silica terraces are naturally decorated with a kaleidoscope of colours.

Queenstown is the Southern Hemisphere's premiere four season alpine and lake resort. Nestled on the shores of Lake Wakatipu and overlooked by the majestic Remarkables Range, Queenstown is the perfect destination all year round. Summer burns hot under blue skies before cool autumn morning's change the leaves to vivid reds and gentle golds. With crisp, clear days and acres of snow covered mountains, winter is a time for snow enthusiasts, before nature bursts into colourful life during spring. 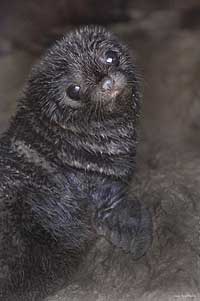 New Zealand is a popular tourist destination and offers a wide range of country-wide accommodation options:

To help plan your New Zealand holiday choose from the main categories below:

Choose from our accommodation, attractions, tours, transport or visitor information categories below to find a tourism operator throughout New Zealand.